On Friday 13th March its Comic Relief (Red Nose Day). I thought I would share with you a few things that I bought to support Comic Relief. Comic Relief is a fantastic charity which aims are to “bring about positive and lasting change in the lives of poor and disadvantaged people, which we believe requires investing in work that addresses people’s immediate needs as well as tackling the root causes of poverty & injustice”. I bought most of the items from the BBC shop https://shop.rednoseday.com/merchandise. I also bought items from ASDA & Superdrug. The main shops you can buy Comic Relief goodies are from Sainsbury’s & you can get T-Shirts from TK Maxx.

This year the Red Noses are in a bag, so when you open the bag its a surprise on what nose you get. There is also a chance that you win a prize too!!! That’s if you find one of the golden noses. I think the prize is that you get to go to the BBC studios on the 13th March & you get to be in the audience on Red Nose Day. This year there are nine noses to collect.

This is the 1st year I have managed to get a Red Nose to support comic relief. Normally when I go in Sainsbury’s every year they are always sold out. This year I ordered Comic Relief merchandise on the BBC shop. I ordered two Red Noses this year because of trying to find the golden nose. The red noses cost £1 each & at least 60p from the sales go to the Comic Relief charity.

There are so many different products to choose from this year to support Comic Relief. Some of the other products are pin badge, hairband, umbrella, air freshener, mug, cake decoration kit, pens, red nose for your car, great Comic Relief bake-off recipe book, sparkle badge, bake off apron, kids T-shirts, Teapot & a Lulu Guinness bag. The Lulu Guinness tote bag is exclusive to Sainsbury’s & its only £5!!!! I really want to try & find one of the tote bags. There are 3 Lulu Guinness bags to choose from.

Have you donated to Comic Relief yet??? or have you bought any Red Nose Merchandise??? Leave me a comment & tell me how your raising money for Red Nose Day & what merchandise your thinking of getting or have already got. If your one of the lucky ones who has managed to get the Golden Nose let me know 😀

Don’t forget to follow me on all my Social Media

Thank you for visiting my blog :D Help me keep my blog going :) Thanks for all your support!!! xoxo 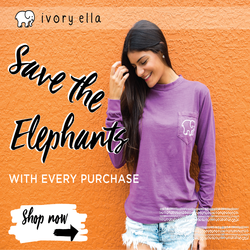 (AD/Gifted) I received these products for free fro

Who is ready for #Galentinesday ??? 💗 I have ju

Happy Birthday @lookfantastic 🎉 The September b

This website uses cookies to improve your experience while you navigate through the website. Out of these, the cookies that are categorized as necessary are stored on your browser as they are essential for the working of basic functionalities of the website. We also use third-party cookies that help us analyze and understand how you use this website. These cookies will be stored in your browser only with your consent. You also have the option to opt-out of these cookies. But opting out of some of these cookies may affect your browsing experience.
Necessary Always Enabled

Any cookies that may not be particularly necessary for the website to function and is used specifically to collect user personal data via analytics, ads, other embedded contents are termed as non-necessary cookies. It is mandatory to procure user consent prior to running these cookies on your website.